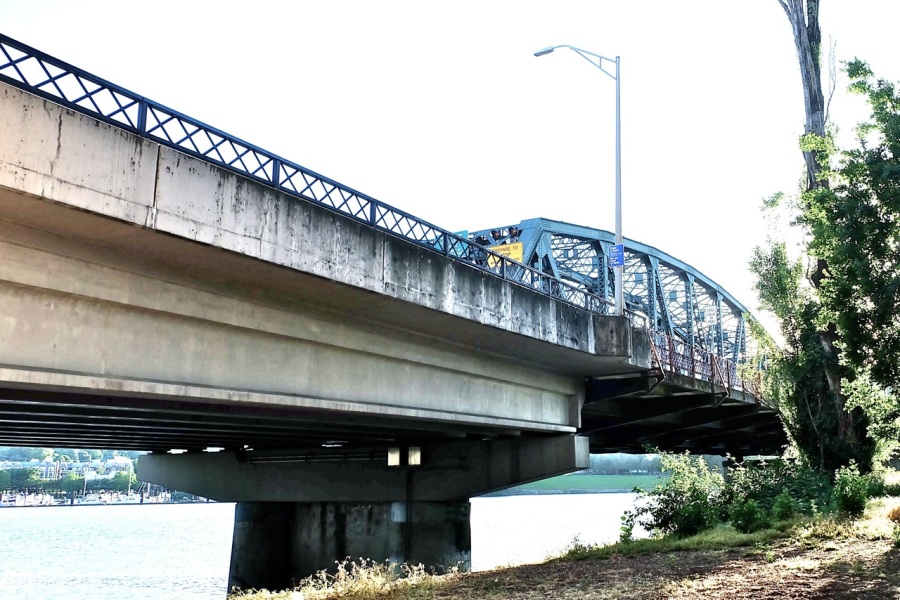 I was called for jury duty last week.

In order to save money on parking, and because riding my bike downtown scares me, and because public transit is so … public, I decided to walk. This meant that in order to get to the courthouse by 7:45am, I had to leave by 7:00am, which in OCD language meant out the door by 6:54am, which meant setting my alarm for 5:23am. (Someday I will show you the algorithm.)

Factor in that I was worried I would oversleep my alarm, which meant I didn’t let myself go all the way to sleep the night before, and basically spent most of the night considering the phrase “jury of their peers,” and got very hung up on the word “peer.” I was also extremely anxious (the “you know, if I were to get hit by a car, I won’t have to do this” kind of anxious) about being stuck in a room full of strangers and their contaminants for eight hours, the prospect of small talk (after spending so much time alone I sometimes worry about my ability to modulate my own voice), answering questions about myself (what if I AM a felon, and somehow did not know it?), and an overarching philosophical angst about what would happen if I made a mistake that ruined someone else’s life.

What I am getting at is that I was not exactly in the best mood when I left that morning.

Walking the 2.6 miles (yes, I google mapped it) from my house to downtown meant that I would be passing several homeless camps. I am not sure if “homeless camp” is a respectful term, and if I am using the wrong language, I apologize. We have a homeless crisis here in Portland, a “progressive” city where affordable housing is nearly non-existent (people are being displaced with virtually no options, and one of my 3:00am (the time of day when no problem is solvable) worries is that I may succumb imminently, as my own rent has increased 46% in the span of two years – a topic for another day); we don’t have enough resources for people with mental illness (I have plenty to say about that, too); Portland seems to be too busy telling the world how wonderful it is to notice the enormous cracks people are falling through; et-fucking-cetera.

(Joke break: “My what a delightful handbasket, Portland. Did you make it yourself? Also, can you tell me where we are headed?” -Ed.)

I have been admonished in the past that I should not call someone “homeless,” but “houseless” (to use people first language, wouldn’t that be “person experiencing houselessness” then?), and that I should refer to a person living on the street as someone “living outside.” While I appreciate the sentiment, I am not sure I support the terminology, and I also know that I, someone who has a home/is housed (knock on wood), am not the one who should be deciding on the labels. I am eager to learn, I just don’t always know who to listen to.

Whatever the vernacular, as I approached a particularly elaborate “camp” that took up an entire streetcorner (a tent, multiple tarps, bicycle parts, a small Weber grill, an Igloo cooler – I don’t recall all of the items, but I do remember that there were a lot of them, also no comment on brand recognition…), a man emerged and started rummaging and gesturing and talking loudly. He seemed agitated. It struck me that we were both starting our mornings with resistance, only he was being much more vocal about it.

When I realized he was talking to me, at first I was frightened (reasonably so? I am not sure, as I am not always a good judge of that, in either direction) of this disheveled, wild-haired man and his gesticulations. I was very aware that I was invading his turf, ironically (or not), on my way to perform my mandated civic duty. I also knew that I was allegedly the person of “privilege” in the scenario, which adds a top-down element to compassion (the one who disperses it, the one it is bestowed upon) that I do not like.

To note, having compassion for someone and being in ardent opposition of the social structures that arguably put them in a perilous situation do not guarantee they are not going to hurt you, or ask you for money, or call you a bitch if you don’t give it to them.

I often wonder what I would be if I wasn’t afraid.

(Joke break: It was so much easier to be a liberal when I lived in Lake Oswego.)

I take responsibility that the fears I directed at him were my own defensiveness and biased projections, based on my own complicated, internalized perceptions and responses to potentially “dangerous” situations. (A long way of saying I have PTSD that spills into just about everything, for sure, and also a long way of saying I am a woman and he was a man and this is the world we are living in.)

This was me, a person who hates conflict, on guard, preparing to run if I had to. This was me, a single woman with a trauma history, out in the world, exposed, who might not have anyone notice other than my cat if I didn’t return home on time. This was me being forced to leave my apartment to perform a role that made me nervous, to be outside when my agoraphobic tendencies have been so escalated, invading someone’s claimed space because it was along my shortest route from here (a place I am not sure I can stay) to there (a place I didn’t want to go). I told myself I was not trespassing, even though it felt like it.

All of these feelings in the span of less than a block, first thing in the morning. I thought about crossing the street, but made the decision that I was going to face whatever was going to happen. I put my shoulders back, tried to look friendly, purposeful, and taller, and hoped he would not harass me.

“Good morning,” I said as I approached. I smiled what I hoped was a convincing (to him or to me) smile.

“Sorry things are such a mess,” he said, and began collecting items that were in my direct path, piling them against the wall of the building. He was apologetic. Considerate. Fretful, yes, but non-threatening. I found myself feeling embarrassed for my initial reaction to him. I said I was sorry for walking through his stuff.

He did not pause for my apology, but kept talking. “Every time I have an idea, I get started on it, and then I get another idea, and I start that one. I just can’t seem to follow through with any of them,” he told me. He looked pained, bewildered.

I stopped and stood there on the sidewalk, softening as I registered how earnest he was.

I listened as he described what he had in mind for the various objects he had collected, how he was going to assemble them “into one big piece of art.” I nodded as he was talking, making ambiguously supportive replies along the lines of, “Cool,” and, “Hey neat!” and, “That would be rad.” (Yes, I think I actually said “rad.”) I am sure I sounded like a complete ass. He didn’t seem to mind, and that softened me further.

As he talked, I realized that I liked this guy. I realized I was no longer afraid of him, and what a difference that made inside me as I was standing there. It occurred to me that I was not there to be attacked by him, or to rescue him, but to share a moment of connection with a fellow human being, which we were doing.

Unsure of the penalty for being late to jury duty, I told him I’d better get going, and started to walk away.

He called after me, “For twenty bucks you can give me the address of someone you want to get back at, and I will set all this up in front of their house.”

I turned around and he made a sweeping motion with his arms, indicating “all this in front of that person’s house.” He was grinning.

My mind instantly went to several people who would seriously lose their shit if this dude showed up on their sidewalk. I burst out laughing.

“Oh man, that is tempting!” I called back to him.”You just made my day.” I meant it.

I laughed to myself for the whole rest of my walk, writing this story in my head so that I could share it with you.

I made it to the courthouse exactly on time.

p.s. I found an exceptionally shiny penny in the jury room as I waited in line to turn in my paperwork:

One thought on “Jury duty”

“If you had a brain you’d play with it.”